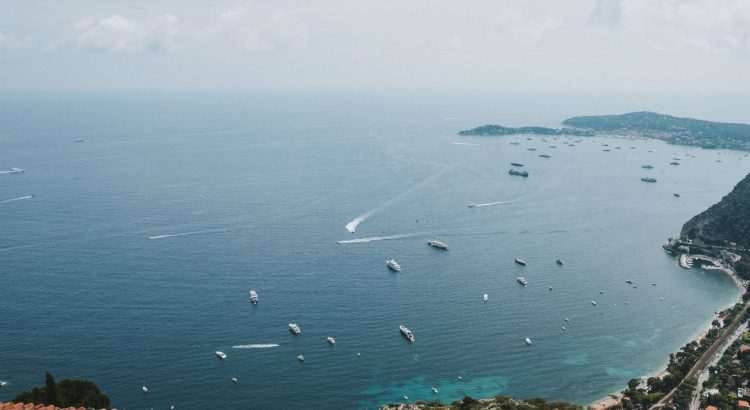 From the Gulf countries to the Russian republics, from the United States to Asia, everyone dreams of living on the French Riviera and it would be impossible to publish a list of all the stars, influential people and international politicians with a pied à terre on the French Riviera. But beyond a particularly privileged clientele, the French Riviera undeniably attracts all kinds of people. This is perhaps because the region is a unique blend of several assets.

This little piece of France enjoys a particularly attractive climate. The Mediterranean provides year-round mildness that makes the region easy to live in, without having to endure the scorching temperatures of other hot regions around the world. It is never cold, and rainfall is rather moderate. This allows to have a magnificent luxuriant vegetation, and which blends particularly well with the setting, or with the idea of hiding from the eyes of the curious the beautiful villas that you can buy or rent for holidays.

The unique living environment of the French Riviera is not only related to the weather, but also to the lifestyle. In Nice, Cannes, Menton, we are on the seaside. It’s a whole philosophy turned towards the sea, where it is part of both leisure and means of getting around. The living environment is also the intense cultural life found in the south. Exhibitions, concert venues, museums, whether private or not, the wealthy clientele attracted by the prestige of the French Riviera make it possible to take advantage of a particularly pleasant environment to live in. If, taken individually, each of these criteria is not extraordinary in itself, it is the combination and intertwining of all these positive points that make the French Riviera the perfect place to live in France.

The variety of landscapes that constitutes the French Riviera

The French Riviera is also a mixture of diverse landscapes which all have their own particularity, charm and personality and which ultimately make up the exceptional characteristic of this region. Among the landscapes, there are those that are urban. One immediately thinks of the very special city of Monaco. City-state, this principality is very particular, its rapid urbanization acclimatizing itself to a very steep land flowing into the sea. The result is magnificent with a unique city, all in height. Cities such as Cannes or Nice, in their historical core, are more typical of the region and have just as much charm. One also thinks of the charm of Saint-Jean-Cap-Ferrat where luxury villas are set amidst the plants of a green peninsula and the exceptional setting. Nature is the backbone of a chic, elegant urbanization to make it a living environment representative of the French Riviera. Saint Paul de Vence, Saint-Tropez, Valbonne, Mougins, Cannes and others are very good examples of this chic urbanization.

When talking about the landscapes of the French Riviera, you can’t miss the seaside. Beaches are mainly made of pebbles, as in Nice, and the immediate proximity between the mountains and the sea often offers wonderful views of creeks and cliffs where the lush vegetation clings on. The green of nature blends marvellously with the azure of the sea and the sky. The French Riviera, are first of all warm, shimmering, lively colours.

Landscapes, they are the regions a little more in the land like the Esterel Park. Massif of medium mountains, rich and abundant vegetation, sea view in the distance, tranquility of a space little or not urbanized, places like the Esterel park are a beautiful way to live nature intensely.

Leisure and entertainment offer is high

The least that can be said is that the leisure offer, in the broadest sense of the term, is one of the most plethoric in the region. There is absolutely something for everyone. 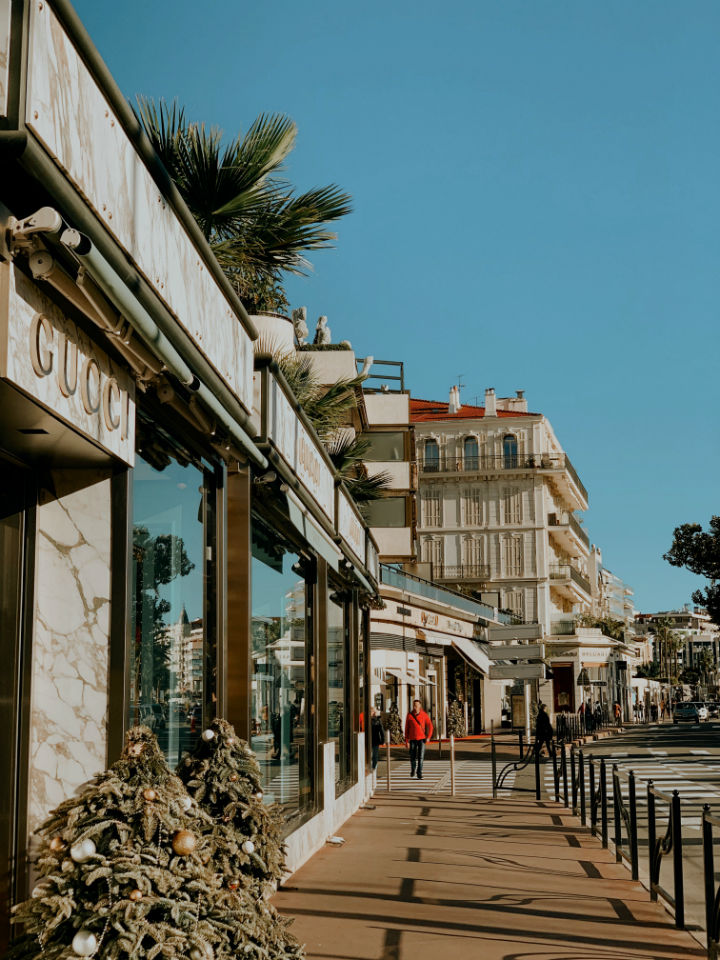 Shoppers will find plenty of opportunities to indulge in their favourite hobby, in the luxury version, in all the cities popular with the wealthy population. Internationally renowned jewellers, sports car dealerships, fashion, there are no limits in Nice, Cannes or Monaco. In the same style of expensive entertainment, there is the casino, especially the one in Monte-Carlo which is a true international reference.

For cultural leisure activities, the region is also not lacking an extraordinary complete offer. Depending on the inspiration, one can, for example, visit the gardens of La Napoule or the tropical gardens of Eze. As far as museums are concerned, numerous themes are represented, such as the Oceanographic Museum in Monaco, the Perfumery Museum in Grasse or the Renoir Museum in Cagnes sur Mer, and the list goes on and on.

Aquaparc or aquasplash, animal safari in Thorenc, Marineland in Antibes, treetop tours, segway, via ferrata, here again the list could be longer. Whether you want to keep the children occupied during the summer holidays, do activities during a bachelorette party or have a good time as a couple, you won’t be short of ideas, whatever the weather at the time.

On a map of France, you’d think the French Riviera is far from everything, a little isolated. On the contrary, it is, along with the Paris region, the most accessible in the whole territory. No matter how you get around, you are well served. Those who come from far away choose the plane. The regional airport is in Nice in the heart of the French Riviera. Its status allows it to fly to all European destinations, but also to many other long-distance routes.

If you decide to travel by train, the high-speed train (TGV) can take you from Paris to Monaco. If you are already in the region, you will not hesitate to take the regional express train (TER). Since most towns, shops and homes are along the waterfront, from Cannes to the border, the train will allow you to get around quickly and cheaply.

Of course, the car remains the daily means of transport. For this, the A8 motorway crosses the region while also following the seafront and quickly connecting all the major cities of the French Riviera.

Finally, there are less common means of transport which, in this region of France, are not exceptional, such as helicopters or speedboats at sea.

With this dense network of communication means, the French Riviera is quickly accessible from all over France and the rest of Europe. It is for this reason that Nice has been able to develop over the last few decades as one of the most economically successful cities in southern Europe, thanks to this privileged location. Not only has Nice developed, but other cities have benefited from it, and that is what explains the international influence of everything that is happening in the region today. The Cannes festival is no longer to be presented, the Monaco Grand Prix is the apotheosis of the F1 season, the Monte-Carlo tennis tournament is one of the most prestigious and there is no shortage of examples.

Throughout the meal you can eat typical regional specialities. As an aperitif, one immediately thinks of olives, typical of the South of France, whose seasoning can be varied in many different ways. Always based on olives, you can’t miss the tapenade, a classic aperitif. It is an olive puree with anchovies and garlic. On toast or small vegetable sticks, it is a delight.

As a starter, the salad niçoise is perfect. Light, fresh, generous with its many raw vegetables and tuna, it is a treat that is easy to prepare and that can be simply garnished according to the market or the desires of each person.

As for the main course, you can offer a ratatouille, the famous bouillabaisse marseillaise, soup with pistou, stew or tripe à la niçoise.

Fougasses, calissons, pan bagnat, navettes, pissaladière, there really are a multitude of good reasons to sit down to dinner on the French Riviera.

With such a dynamic region, the real estate market cannot be outdone and is also in an impertinent state. This is a magnificent opportunity to be taken advantage of. There are two ways of looking at real estate in the South of France. First of all, you can see it as an investment. From the apartment in Nice to the villa in Mougins, you really find all the opportunities, from the most accessible to the most elitist. Everyone will be able to engage in a lucrative activity whose return is assured as the region has been so successful for years and decades. 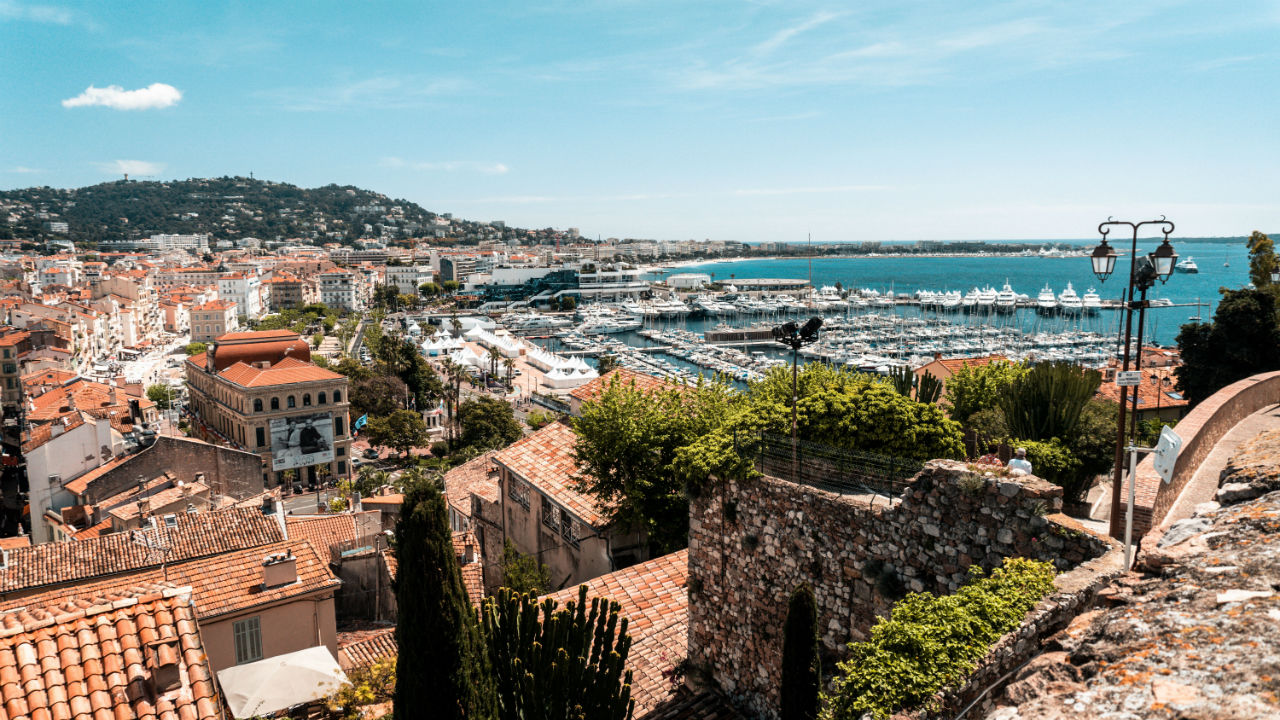 The French Riviera is also a paradise when you want to buy a residence to live in. Here again, even if the market is tight, you will find all possible proposals, from the classic apartment to the typical villa, including exceptional properties or residential houses. However, you will need to call on a local real estate professional to find the property that suits you and survive in a very competitive market.

Are you looking for a premium property, a magnificent house or even the accomodation of your dreams?

Then you need the real estate agency specializing in luxury properties in the south such as John-Taylor and your dream will come true. 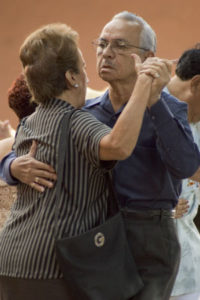 Hello! Welcome to our blog about the world of real estate. We are Cathy and Michel, a retired couple fascinated by real estate for many years. This blog was originally created in order to provide our studio for rent. Our apartment is currently rented, so we decided to liven up our blog for you! Here you will find articles about current real estate. You will also have the opportunity to discover the most original apartments and the most prestigious luxury homes. And many other surprises! Feel free to leave your opinion on our items! We wish you a pleasant visit. Kind regards, Cathy and Michel